Archaeological Facial Depiction for People from the Past with Facial Differences

Caroline Wilkinson is the Director of the School of Art and Design and of FaceLab at Liverpool John Moores University. She is the author of Forensic Facial Reconstruction (Cambridge: Cambridge University Press, 2004) and numerous articles.

Archaeological Facial Depiction for People from the Past with Facial Differences

It has become common for facial depictions to be produced relating to archaeological investigations and historical figures. The methods tend to utilise forensic techniques, anatomical standards and anthropological interpretation. Sometimes individuals are studied who appear to have had facial differences caused by trauma, congenital condition or disease, and depiction of these individuals can be controversial when anthropologists and archaeologists disagree as to the cause of the skeletal deformity/difference, or when the appearance is contrary to other historical evidence. This paper examines a number of cases where facial difference was depicted and the effect of this interpretation on our understanding of people from the past. 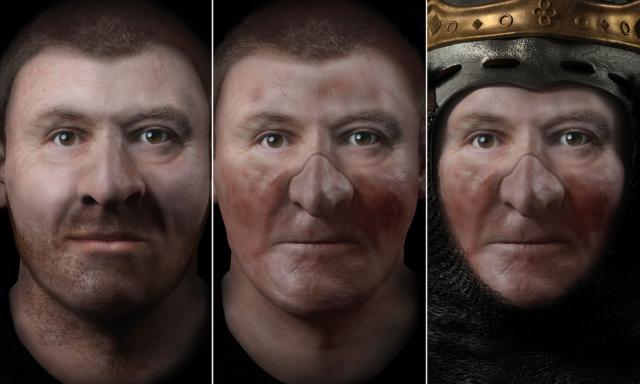 FaceLab recently produced images of Robert the Bruce that showed the effects of leprosy on his face. Photograph: Face Lab/Liverpool John Moores University

Facing the Past
genders, bodies, politics

Vision and Eyesight Across Time and Cultures Workshop, 2018

Support and sanity for early- and mid-career researchers

Welcome to my blog! I am an academic historian of medicine and the body, and 2014 AHRC/BBC 'New Generation Thinker'. Please enjoy and let me know what you think.

Exploring gaols, bridewells and other forms of detention, 1500-1800

From Medieval Europe to Contemporary Australia

(un)writing the book, the book unbound